Dalian what futures? The origin story. 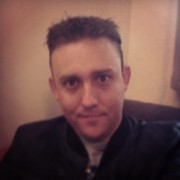 Daniel Young is the winner of our first Smoke international microfiction competion. Here he tells the origin story of Dalian Blood Futures, the piece which took the prize.

Dalian what futures? The origin story.
by Daniel Young

I used to work for an investment bank (don’t hate me, my self-loathing is quite sufficient to cover it). In another notch in my long belt of doing things at the worst possible time, I left Brisbane shortly after the GFC to go and write software for an investment bank in Sydney. Actually it wasn’t quite the worst possible time, as the thousands of contractors who’d been fired in the preceding year would be quick to point out; I was part of a small wave of rehiring once those in charge realised the world wasn’t quite ending and that they still needed some people to do actual work.

I worked in the derivatives trading area, writing software to handle back-end functions such as valuations, settlement, accounting, risk management, plus reconciliations and control to make sure nobody was going rogue. I don’t have any background in finance, but if I learnt anything from this experience it’s that it’s not just possible but in fact commonplace—perhaps even desirable?—for software developers to write code without having even the most basic understanding of how it will be used or how the business around them actually functions. Sure, the bank made some efforts: a few years into the job they sent me on an introductory course focusing on financial derivates: options, futures, and the like, but none of it really stuck or influenced my daily work in any way.

In those years, we worked in what management-speak refers to as ‘business-aligned account teams’, which means that we sat on the dealing room floor along with the traders, despite hardly ever speaking to them and, as I’ve outlined, having very little idea of what they actually did. I hear that things have changed now, with IT staff moved into central teams, hidden away out of sight where they belong, but back then we had prime position. Dotted around the floor were traders with twelve or more monitors arced around their cubicle, but what really caught the eye was the large black ticker screen covering the entirety of one of the interior walls. I’d glance up at that screen throughout the day watching information tick over in traffic-light-coloured LEDs: green, orange and red. I’d pretend I knew what it was all about while secretly revelling in my complete ignorance. I paid particular attention to the price of soybean futures, finding something vaguely amusing in the very idea of them, and making little bets with myself at how the price might move from day to day.

Colleagues would sometimes tell stories—you probably don’t know the ones, though the narrator of Dalian Blood Futures runs in different circles to us and seems to think you will—stories about futures traders having to take shipment because they hadn’t ‘closed their positions’. In other words, they’d let their futures contracts expire without selling them, leaving them contractually obliged to take delivery. The internet, of course gives differing accounts of this phenomenon:

“When you’re dealing with so many contracts, it’s not hard to lose track of one and accidentally hold it to the settlement date. You really do get a call from someone asking you where you want your silver or corn or whatever. When you’re a member of a futures exchange, you’re expected to be able to take delivery of whatever physically settled contracts you take to expiration. Obviously, most trading firms don’t have facilities to store 500,000 gallons of rapeseed oil, so you have to dump it at a loss to someone who does. They know they have you by the short and curlies, so you’re going to pay out the nose for it.”
—some rando on Reddit

“There’s some apocryphal story about some analyst at like GS who messed up and had to accept delivery for cattle, and had to arrange warehouse space and food for them. But it’s probably bs.”
— some other rando on Reddit

“You may wonder what happens if a trader forgets to close out a long position. If he bought live hog futures, will someone deliver 40,000 pounds worth of squealing porkers to his back door the morning after his contract expires? Sorry, but no.”
— some random website

We should never let the facts stand in the way of a good yarn.

It was only years later, sitting at my desk in Brisbane reading some finance news (don’t hate me) that it all came together. I’d grown accustomed to seeing prices quoted from the Dalian Commodities Exchange in China, usually iron ore or other common commodities, but this story was about the launch of official quotation in Dalian egg futures. It might seem like a big leap from eggs to blood, but if you’ve read Yu Hua’s book Chronicles of a Blood Merchant, or recent stories about the determination of some Silicon Valley executives to live forever, or know anything about professional cycling, perhaps it’s not such a leap at all.

When the call-out for the Smoke microfiction competition came out, it seemed like the perfect opportunity to cram all of these obsessions into a 300-word story and, as often happens with flash fiction, it all came tumbling out quite fast, so much so that it seemed wrong to even add the appropriate punctuation (don’t hate me). In the weeks after submitting it, I toyed with the idea of expanding it into a longer story, and the idea is still tempting, but sometimes it’s best to leave well enough alone. And as this extended origin story shows, by being longer than the microfiction itself, sometimes it’s better to cap things at 300 words. Sorry. Don’t hate me! And thanks for reading.

You can buy a copy of the Smoke One collection and read Dalian Blood Futures yourselves, here.