Booking to the Future 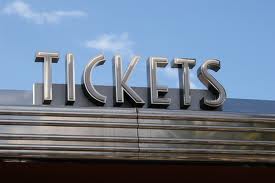 Tasmanians tend to not purchase tickets for cultural events in advance. It is a habit we share with other small communities – but it frustrates organisers and threatens event viability, particularly for small event operators.

On the glittering isle of Manhattan, it is a way of life that tickets are bought weeks or months in advance. To enter the hallowed halls of the United Nations General Assembly, you need to book tickets a month before. A ticket to the Crown of the Statue of Liberty may currently be purchased by the prescient – for September. And any attempt to buy a ticket from TKTS for a Broadway show, sees you join in a queue that the author estimates was over half a kilometre long at noon on a Tuesday. The reality facing New Yorkers is that cultural, sporting, or entertainment events are popular and in high demand. This is factored into the behaviour of New Yorkers.

Such a reality, however, is one that is only now developing for many residents of Tasmania. The recent queues at Dark MoFo’s Winter Feast were met with shock and surprise from locals. Why Tasmanians have this habit is a question that is up for debate.

One reason may be for generations Tasmanians have known that they could turn up to a show at the last minute and buy a ticket, usually without any queuing. Historically events rarely sell out (indeed, with many barely, or not even, breaking even) so there were almost always seats – often good seats – available at the door. Tasmanians have had the luxury of not needing to buy a ticket in advance, and so became accustomed to not doing so.

The inclement weather of Tasmania, a place where an Antarctic blast can freeze the most beautiful summer’s day, may be another contributing factor – particularly for events held outdoors. ‘We’ll see what it’s like on the day’ was a common response from my parents for any request to attend an event. We all know just how miserable a Tasmanian day can get. Why pay in advance for the privilege of stand in bitter wind and driving rain?

Finally, there’s the ‘Catch-22’ factor of Tasmanians knowing that Tasmanians have a habit of not buying tickets to big events, which often leads to the cancellation of events due to a perceived lack of interest and the need to pursue a refund of tickets. Time and time again we’ve seen major events in Tasmania (understandably) cancelled due to a lack of interest in pre-sales – particularly music festivals or concerts. It’s probably one reason why Tasmanians still don’t see as many acts or events as their mainland counterparts.

The organisers of large and small events alike in Tasmania can find this situation incredibly frustrating. Event organiser Miss Binny Boo, founder and co-producer of the Hobart based Sideshow Cabaret, is just one of many whose business have been affected by this particularly Tasmanian habit. ‘I have in the past made show line-ups smaller because I was worried about if we could pay all the performers,’ says Binny. ‘I know some of the other Hobart producers have cancelled shows in the past due to a lack of pre-sale ticket purchases… this a real shame as a few of the shows that have been cancelled were showcasing some amazing talent.’

In an age where tickets can be bought for events of any size online, often at a discount, more Tasmanians should plan and book ahead, preferably as early as possible to give organisers the assurance that their events will be financially viable enough to proceed. By embracing early pre-booking, Tasmanians will improve the confidence of event organisers – particularly smaller organisers – to bring emerging and niche acts into Tasmania from interstate and overseas, and provide more opportunities for emerging Tasmanian performers to develop their artistic talents at home. This would allow the cultural renaissance of Hobart, and Tasmania more broadly, to flourish more strongly. While habits often take a while to change at 40o south, an adjustment to pre-booking will see improvements for audiences, artists and event organisers alike.

Scott J Faulkner is a writer and political advisor who was born in Northern Tasmania and now lives in Hobart. Having just returned from Europe and North America, he has an interest in seeing Tasmania adopt best practice from overseas while retaining the quintessential elements that make Tasmania unique.