Sholeh Wolpe and the contemporary essence of Persian poetry 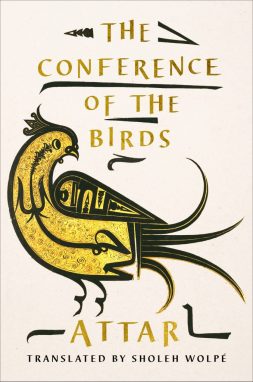 Sholeh Wolpe is a wonderful poet and translator, hailing from Iran, currently residing in LA, via the UK and Trinidad, where she was sent to live with her aunt at age 13. Her work, while contemporary, is part of a centuries’ long Persian love and respect for poetry, and in this interview, recorded in Gaungzhou, China late last year, she will tell you of childhood games that even featured poetry.

She is not able to go back to Iran, partly because it would mean giving up citizenship elsewhere, and partly because she translated the powerful, erotically charged poetry of Forough Farrokzhad, a poet, whose words, says Sholeh, unveiled the words of Iranian women. Her new translation, of the twelfth century Sufi Mystic, and teacher of Rumi, (who is incidentally the biggest selling poet in the USA today) Attar’s Conference of the Birds,  will be released from WW Norton this year.

This interview was recorded at Sun Yat Sen University in Guangzhou, where Rachel Edwards, from Transportation Press was attending the Asia Pacific Writers and Translators Conference, as was gorgeous Sholeh.