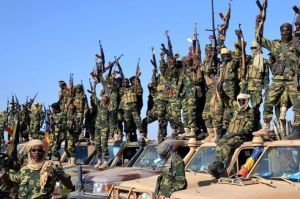 From that day Lieutenant Mabruki conceived a violent hatred of all senior officers, especially colonels. His moods became fretful, acidic, strained, and for the first time, were marked by displays of sly insubordination and irreverence, of that acute, devastating cynicism which later was famously to coalesce at his own show-trial in the inspired remark: “Your honour, a coup is lawful as it succeeds. I am guilty merely of failure. I declare this trial null, void, invalid, iniquitous, unjust, damnable, reprobate, inane, empty of meaning and effect for all time”.

His superior officers nervously shunned him.

Transportation Press will soon be announcing our publishing program for 2018-2019. In the meantime, we are posting anonymous quotes from novels we like. The first person to pick the novel will receive a free copy of one of our publications. Drop us a line.