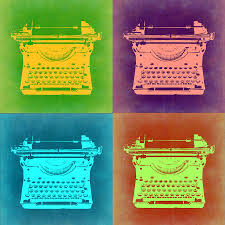 Readers may already be familiar with the popular radio programme Desert Island Discs. For decades this has been a familiar Sunday lunchtime fixture, along with dry roast beef and the casual racism of an elderly relative. The concept behind the show sees worthwhile inspirational figures (as well as the occasional politician) being asked to select their favorite music to keep them occupied while stranded on a hypothetical island. This is fascinating enough, but those who are shipwrecked are also given three items to read: the Bible, the Complete Works of Shakespeare and a paltry allowance of one of their own choice.

I’d be quite happy with Shakespeare and can already picturing wasting my time brushing up on all three parts of Henry VI, as well as soliloquising to a washed-up basketball that I’ve decided to make friends with. The Bible, however, is an interesting option, mainly because it feels like an odd throwback in these enlightened, multicultural times, and yet the programme’s producers see it as being a minimal requirement to surviving a remote island. I’m assured that cover-to-cover the Bible is quite a good read, but I never could get past all the begetting at the beginning, which is poor storytelling, and also quite smutty when you think about it. I’m also told that the end is quite fun because (spoilers!) everybody dies horribly, with entire plot lines and central characters axed in such a wholesale way that even George R R Martin would consider it “a bit much”.

Like the annoying person in a restaurant who insists on swapping items in the Set Menu, I’d see if I could replace The Bible with something else; if any book is a minimal requirement on a desert island it’s going to have to be something practical, like Bear Grylls’ autobiography or a Teach Yourself Semaphore manual.

But what of the third option? From a bookworm’s perspective, just how do you filter your library down to just the one tome, one which you’d feel would be an essential part of coping with the trauma of shipwreck? How can you sift through an entire library to pick a single paper companion to distract you from the solitude? If you’re ever placed in such a quandary, then here are a few suggestions:

First, you could save the book you’re in the middle of. Books require a hell of a commitment, and tearing yourself away from a good book is a real wrench. Image the frustration of being marooned, never finding out the ending, with your every waking thought on your tropical paradise being “Just who killed Lady Ponsonby?”, or “Does James Patterson really write all those books?”

You might also want to consider one of the books you’ve bought, but haven’t got around to reading yet. I’m a book addict, and my “to read” shelf is creaking under the weight of the those third books in the 3 for 2 offers that I keep promising myself to get around to someday. The shelf is so heavy that it could conceivably sink a small boat, and may ironically be responsible for my shipwrecking in the first place.

Then there are the books you feel you should read: You’re going to have a hell of a lot of time on your hands once you’ve mastered fire, basic agriculture and hunting, so perhaps this is a good time to try Ulysses again? You can sit in your bivouac and feel dead clever, that or gradually become driven to utter insanity. And does A La Recheche de Temp Perdu count as one book, or several? STOP DITHERING, the boat’s taking on water. You need to get into the lifeboat sharpish!

Personally I’m tempted to lean towards my favourite books, the ones I keep buying because I’m forever losing or lending out copies. Many’s a time I’ve woken in a cold sweat because I’ve realised that another copy of A Clockwork Orange has gone the way of my missing socks and Lord Lucan.

Smartarses might choose to take their e-reader with them, thereby negating the need to select just the one book (a clever idea, right up until the moment the batteries runs out). Also, if your Kindle is anything like mine it’s full of questionable self-published efforts and books that were on offer for less than 99p. Thinking about it, I couldn’t enjoy playing in the sand without feeling guilty about book stores back home dying, and not to mention all that unpaid corporate tax- tax that might possibly be used by the Government to mount a rescue operation to get me off this bloody island.

Decisions! Decisions! The life of a castaway is tough. Perhaps it’s best to avoid any choice altogether. I don’t think I could do it. I’m not likely to ever appear on Desert Island Discs and I hope never to be placed in a scenario where I’ll be forced to spend company with only one book. While the notion of being marooned on an island is an idyllic one, with my luck it’ll be a forsaken windblown rock near the Antarctic, with only frostbite and rutting seals for company. Then I’ll be forced to see how far a copy of Barnaby Rudge will get me.

Darren Lee lives in London and has had stories published in the Lover’s Lies and Fifty Stories For Pakistan anthologies. Several of his stories have appeared in the pages of Open Pen magazine and have also been performed at London’s Liars’ League salon. In 2011 he won copies of the Booker long list in a Twitter fiction competition, thus enabling him to legitimately claim that he has won a Booker prize for his writing.